to generate and interact with specific body frequencies

Can also be used to generate a pair of RIFE Frequencies 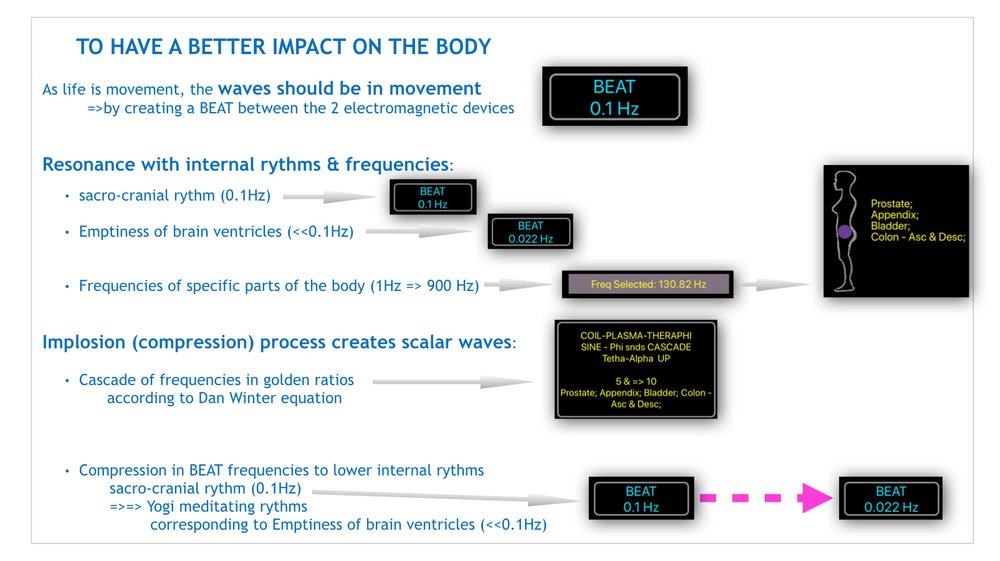 to drive the Plasma devices and the vibration device

Scalar waves (also called Tesla Waves - Scalar waves were found by Nikola Tesla in his wireless energy transmission experiments) are conceived as longitudinal waves.  Unlike the transversal waves of electromagnetism, which move up and down perpendicularly to the direction of propagation, longitudinal waves vibrate in the direction of propagation. This results in a kind of ‘pressure wave’.

Scalar Waves do what Transverse waves cannot. They are fast, penetrating, connected, and can broadcast magnified power.

Scalar waves can be created by generating a fractal field based on a cascade of frequencies in golden ratios. Golden ratio perfected fractality/recursion/embedding called phase conjugation- is proven to be negentropic/ self-organizing. This allows charge waves to add and multiply recursively constructively not just their wave lengths- but also their phase VELOCITY. This converts a part of the charge COMPRESSION toward center into charge ACCELERATION toward center and this is the origin of biologic negentropy (see https://fractalfield.com ).

We are using the life,biologic and universal cascade of frequencies according to Dan winter equation

More about scalar waves in:

enters in resonance with body rythms

by creating a beat (movement)

between the two plasma (or vibrating) devices

Beats are created according to sacrocranial and emptiness of brain ventricles rythms.

To get a better interaction with the body, a compression of the beats can be created, going down to low frequencies used by yogi during deep meditating states.

enters in resonance with specific parts of the body

by creating a new grid of frequencies

inside the golden ration cascade of Dan Winter frequencies

According to the researchs done by Alfred Tomatis, Marie Louise Aucher, Raphael Nogier, Stephane Cardinaux and Catherine Anae Martin (see https://www.geniedulieu.ch/medias/livres), we have created a table of body frequencies to enter in resonance with specific parts of the body. 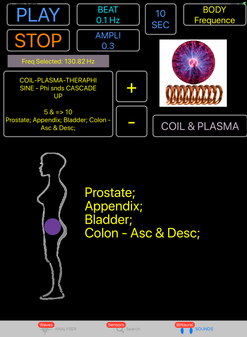 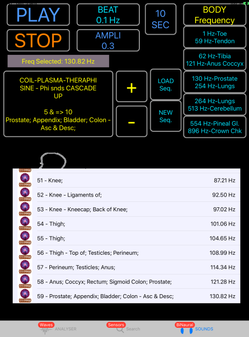 There are 6 beat frequencies according to sacro-cranial rhythm (0.1Hz) down to lower rhythms of emptiness of brain ventricles (also used by yogi breath)

We have noticed that turning beats to lower rhythms are creating a new kind of compression that creates a bigger impact on the body.

When playing a sequence of body frequencies,

To create a sequence of frequencies

Example of CHAKRAS up frequencies

(from lower part to the top of the body)

and a BEAT turning sequence of 1.5 minute from the 2nd Chakra.

Frequencies used are (in Hz):

Ref numbers in the table:

Example of how to use for virus according to soundhealthoptions.com:

These files must be imported in the Document folder of

In Previous versions of the apps, the frequencies selected in the table

were embedded (according music ratios) in a matrix

based of Dan Winter frequencies 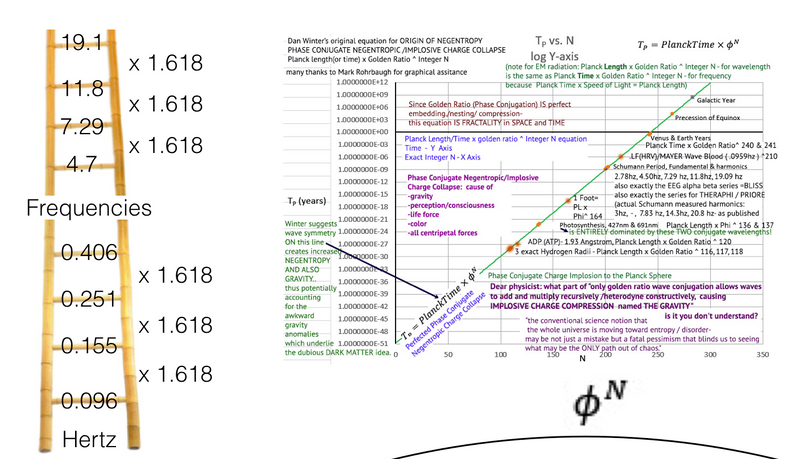 a golden ratio cascade of a single predifined frequency

(not in relation to Dan Winter cascade)

By default, these latest options are defined for immune system freq.

how external frequencies generator can enter in interaction

with body frequencies and body rhythms

can enter in interaction with body frequencies and body rhythms